While initially difficult to obtain, as they were only available to international travelers at select DFS Galleria stores, they apparently didn’t sell very well. I’m assuming these bottles were eventually sold back to foreign wholesalers and/or retailers, as they can now be found with little trouble from various overseas vendors. I’ve even heard of bottles of Freedom and Heritage being found domestically on rare occasion – possibly the result of resales to distributors or retailers in hub cities with DFS Galleria shops. I’m really not sure as the information available is fairly thin.

As for Wild Turkey Freedom, its bottle, like most Wild Turkey limited editions, has a quality presentation. The glass is printed with a seemingly Asian-inspired landscape, and of course the classic 1999-2010 “full bird in profile.” It has a decorative tin and pasteboard tube with a slick screw top. It reads:

Freedom Bourbon was created as a limited-release tribute to the restoration of America’s native Wild Turkey. Once in danger of extinction, the majestic wild turkey has been reintroduced into its natural habitat, where it is free to thrive again. Exceptional barrels of 7-13 year old bourbon were selected, creating a smooth, full-bodied taste with intense vanilla and caramel notes.

Overall: Wild Turkey Freedom is an excellent example of a well-blended straight whiskey – making the best of both moderately aged and mature bourbon profiles. In many ways it reminds me of older Rare Breed batches. In comparison, I’d say it falls somewhere between Rare Breed batch W-T-01-99 and batch WT-03RB (but closer to 01-99, as they share some similar dusty traits). Perhaps the biggest surprise was in mouthfeel. This bourbon is rather light and thin in appearance for what it claims in age, but as they say, looks can be deceiving. I was quite stunned at my first sip, as Freedom is actually creamy – it even has a touch of the oiliness you find in 1980’s and early 1990’s Wild Turkey 101. 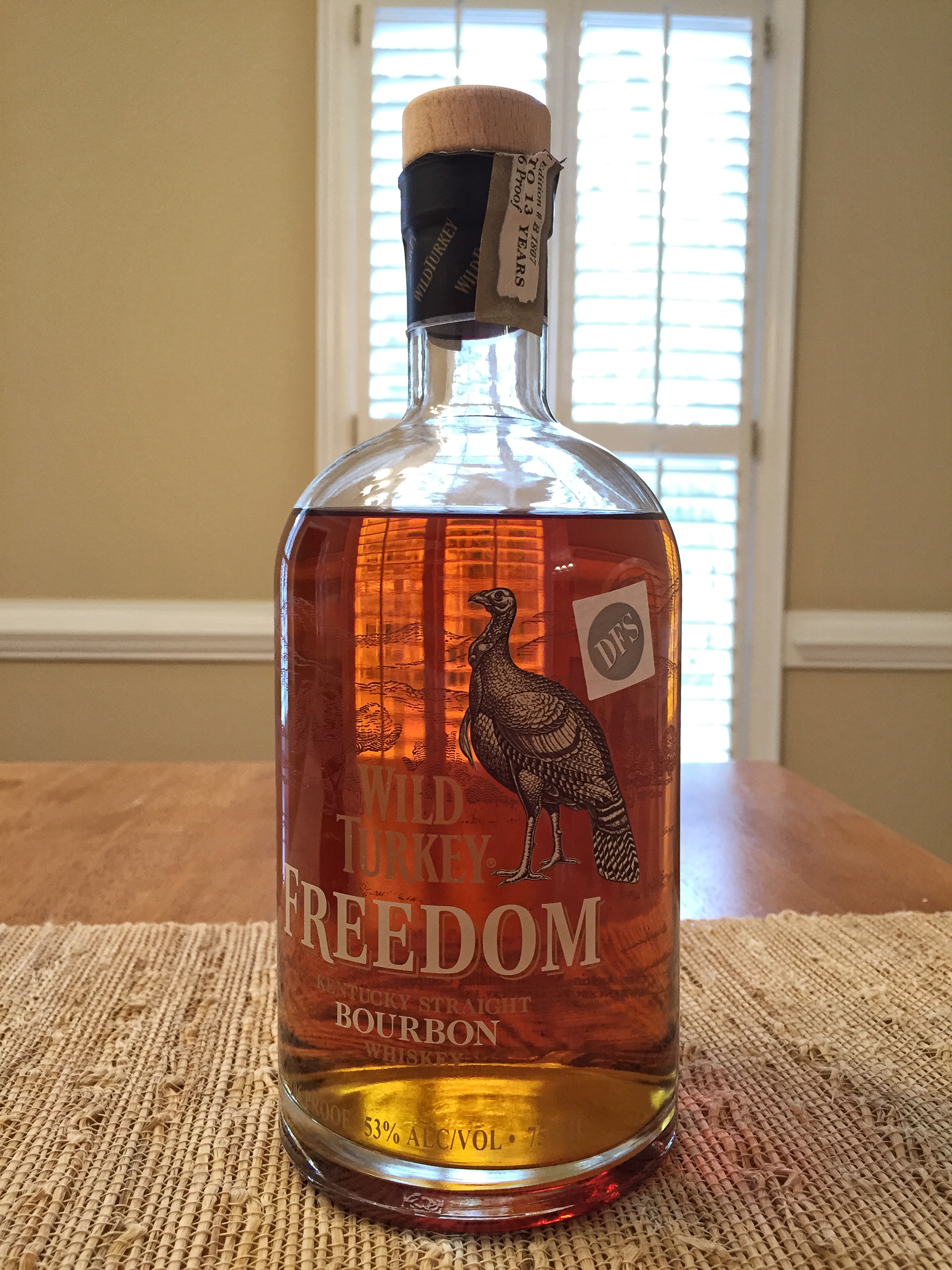 In closing, this is a flavorful and balanced whiskey with plenty of classic Wild Turkey character – some dusty bottle notes as well. If you’re a fan of Rare Breed, I can almost guarantee you’ll love Freedom. The real trick is finding it and not paying too much for it. Overseas retailers sometimes have it in stock, but it’s far too overpriced in my honest opinion. You’d probably find better value with a bottle of Rare Breed W-T-01-99, or if you want a budget option, Rare Breed WT-03RB. But value and price aside, Wild Turkey Freedom is a quality pour and definitely gets my recommendation.

An excellent Friday afternoon pairing. 1979 @wildturkey 101 and @alecandbradley & @cigarclubdotcom Pinkies Out. Cheers y’all! 🥃 🦃 #rarebird101
Get 60% off your eBook purchase of 'American Spirit: Wild Turkey Bourbon from Ripy to Russell' with the code BLACKFRIDAY. For only $3.99, learn the history of this iconic brand and explore its legendary whiskey expressions. Thanks for your support! See #linkinbio -> “Wild Turkey eBook.” 🥃 🦃 #rarebird101
Can’t forget the Turkey Juice! 🥃 🦃 #rarebird101
Who spiked the cherry punch?! 😉 #HappyThanksgiving 🥃 🦃 #rarebird101