This year I’m starting a new tradition.  I’m calling it The Best of Wild Turkey.  The premise is simple: select a few noteworthy releases from the past year to spotlight.  While ratings will certainly factor into my selection process, they won’t be the sole determining factor.  The goal is to recognize Wild Turkey releases that aren’t just quality pours, but offer traits one could argue as special and worthy of one’s attention.

My rules are straightforward. To be eligible for selection a release must be produced at Wild Turkey Distillery and bottled and/or initially available for sale within this calendar year.  That means no dusties or bottles from previous years.  Private single barrels, independent bottlings, even Campari Whiskey Baron releases (so long as they’re produced by Wild Turkey) are all potential selections.  Finally, while some whiskeys are eligible for multiple categories, each category will have a single unique winner.  In other words, you won’t find a particular whiskey winning multiple categories.

Sure, the initial Whiskey Barons series was pricey, limited in availability, and arguably disappointing when factoring flavor profiles into a quality/value ratio.  They aren’t bad whiskeys, they just fail to measure up to other less-expensive Wild Turkey and Russell’s Reserve options.  That being said, the designs of both Old Ripy and Bond & Lillard (glass and labels) are superb, each cleverly accomplishing the look of early twentieth-century medicinal whiskey pints, but doing so with sleek pop flair.  Bravo, Campari design team! 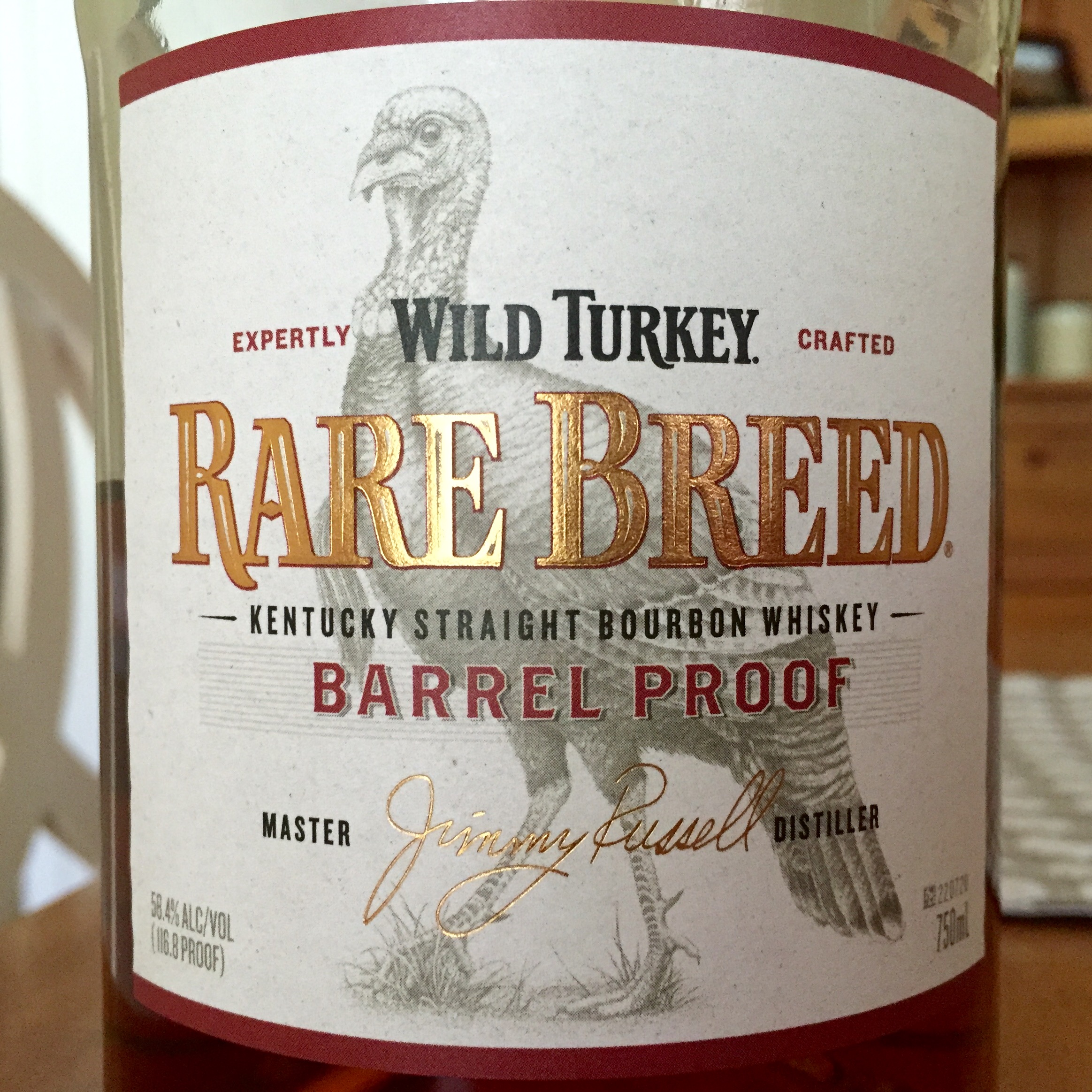 After nearly three years of Rare Breed 112.8 (a notable step down from batch 03RB, in my opinion), Wild Turkey issued a new and improved Rare Breed batch with a redesigned bottle and label to boot.  Boasting an ABV of 58.4% (the highest-proof Rare Breed batch to date), Rare Breed 116.8 packs a punch in strength and flavor.  Profile-wise, it’s everything I love about modern Wild Turkey 101, albeit kicked up a notch.  While I long for a return of the mature Rare Breed profiles of old, based on the popularity of whiskey these days it’s probably not happening anytime soon.  In the meantime, I’ll happily take this step in the right direction.  Nice work Jimmy and Eddie! 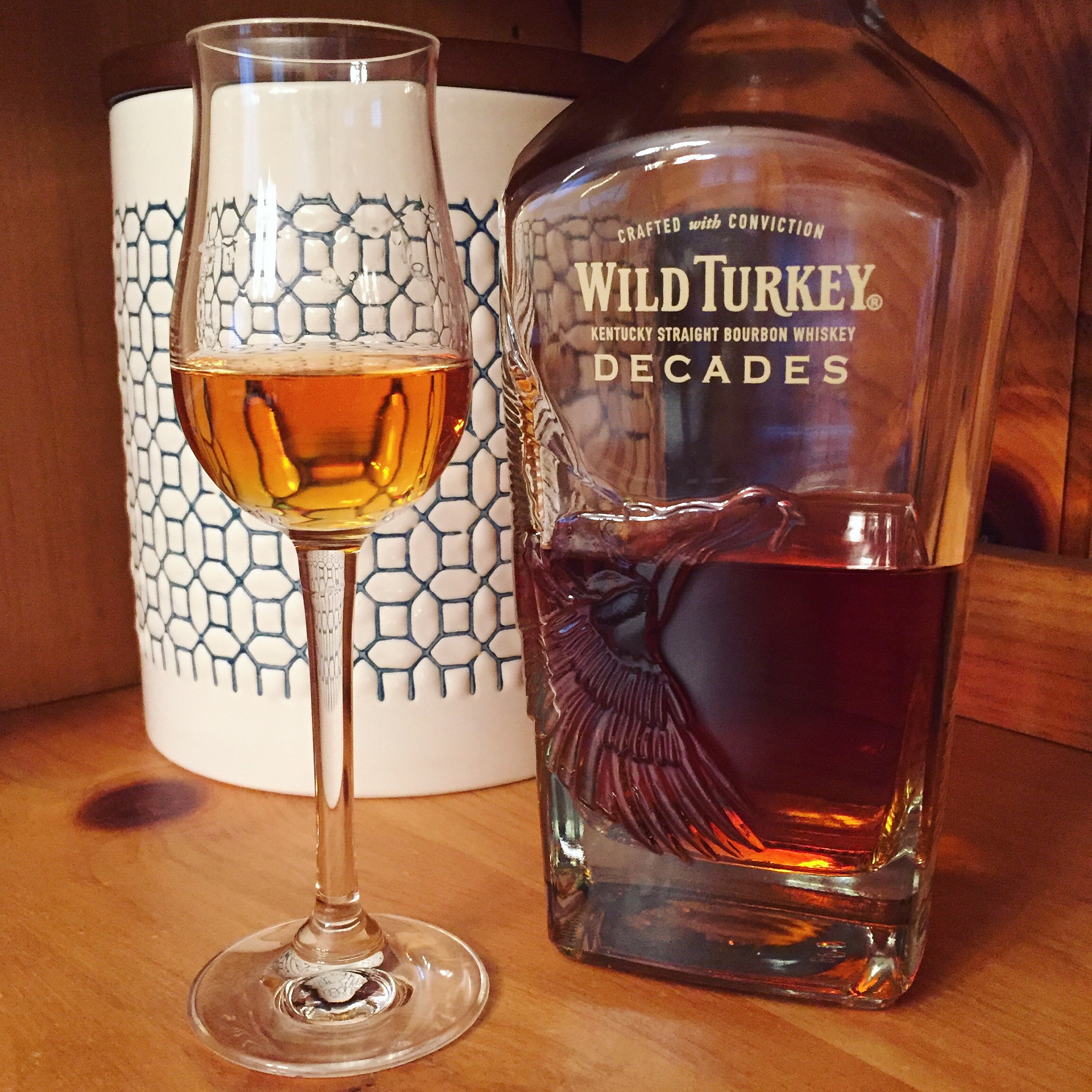 After more than a year without a Wild Turkey limited edition, 2017 saw the return of Master’s Keep.  This time, instead of an age-stated offering like 2015’s seventeen-year Master’s Keep, a blend of several straight bourbons ranging in age from ten to twenty years were chosen.  Bottled at 104 proof, non-chill filtered, and packaged in the same classy manner as the original Master’s Keep, Decades had a lot going for it before it even hit retail shelves.  It more than delivered.  The rich vanilla, toffee, candy-like citrus, and a near-perfect sweet-musty oak presence showcases the best of both classic and modern Wild Turkey profiles.  It’s a fantastic pour and Eddie Russell deserves the credit.  Well done, sir. 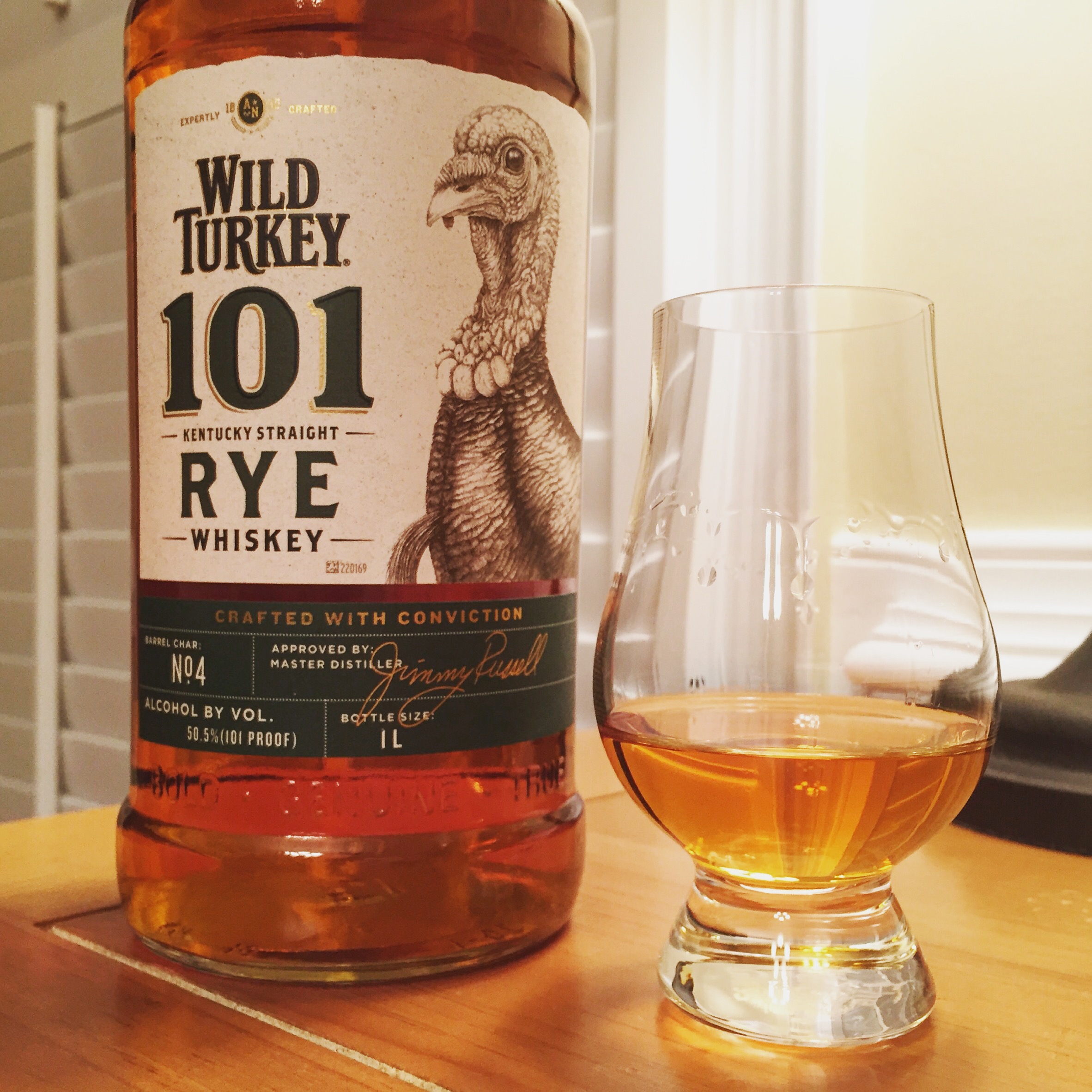 I’ve been a fan of Wild Turkey 101 Rye for some time now.  Sure, it’s changed a little over the last ten years or so, but it’s always an enjoyable pour and blows any other Kentucky straight rye whiskey in its price tier out of the water.  When I learned from Bruce Russell that 2017’s 101 Rye was produced at the new distillery, it made perfect sense.  This year’s 101 Rye is a notable step up in quality and complexity and I find myself enjoying it regularly.  If this is any sign of what’s to come from future Wild Turkey rye expressions, then expect some amazing releases.  Congratulations to Jimmy and Eddie for a successful transition to the new distillery. The proof is in this whiskey! 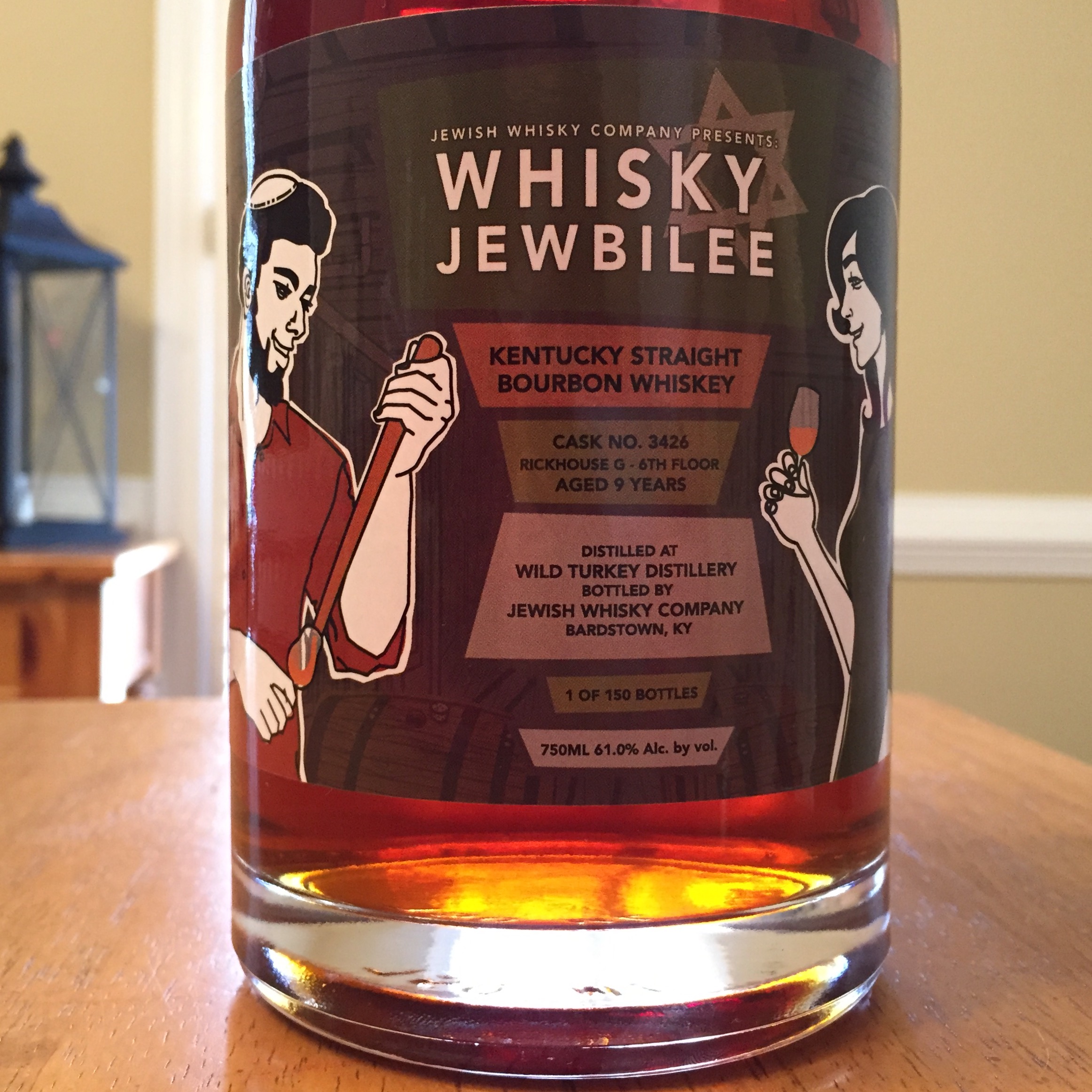 I’d been looking forward to the 2017 Chicago Whisky Jewbilee from the day I sampled the 2016 New York Jewbilee.  2017’s Jewbilee did not disappoint.  Thick molasses, vanilla bean, cherry pie filling, clove, cinnamon, leather … the notes (and warmth) go on and on with this one.  For those that haven’t quite figured it out yet, barrel-proof, single-barrel Wild Turkey bourbon is extremely rare.  Save for finding late-1990’s “Donuts” on the secondary market, Jewish Whisky Co. Wild Turkey bottles are your only true shot at a purchase.  That said, it’s not just ABV and rarity that makes this bourbon special – it’s a damn fine barrel, plain and simple.  The 2017 Chicago Jewbilee is a testament to the quality of modern Wild Turkey and one more demonstration of Joshua Hatton and Jason Johnstone-Yellin’s skill.  Take a bow, fellas. 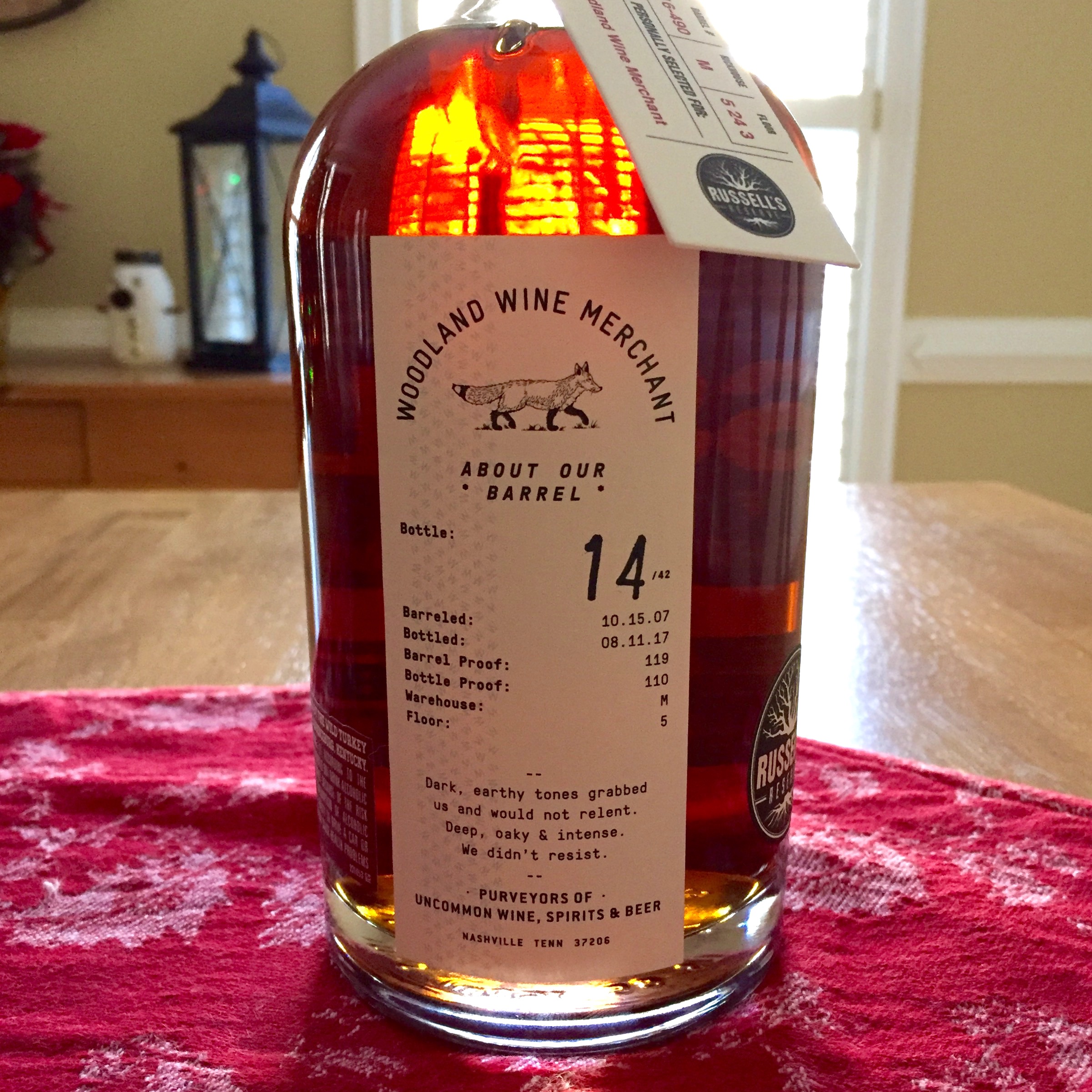 Let me start by saying I sipped a lot of Russell’s Reserve Single Barrel iterations this year.  From standard releases to numerous private selections, I had a great time evaluating various nuanced profiles.  But never have I experienced a profile quite like Woodland Wine Merchant’s Russell’s Reserve #16-490.  While Davidson’s #2394 was my longstanding favorite for some time, the folks from Woodland Wine Merchant found a way to top it.

Russell’s Reserve Single Barrel #16-490 is a well-aged colossus.  Featuring rich, robust, and uniquely “woody” notes that one could argue reminiscent of Wild Turkey from decades ago, this selection is a remarkable gem.  It’s a crying shame there were only 42 bottles filled from this barrel, but perhaps that’s the price paid for perfection.  The angels may have taken their share, but what they left behind is glorious.  Hats off to the folks at Woodland Wine for recognizing the beauty of barrel #16-490, Rare Bird 101’s Best Whiskey of 2017.

Thanks to everyone involved in the production, selection, and marketing of these whiskeys.  From grain to bottle, design to retail (and everything in between), you all deserve a huge pat on the back.  Here’s to what 2018 may bring … Cheers!

An excellent Friday afternoon pairing. 1979 @wildturkey 101 and @alecandbradley & @cigarclubdotcom Pinkies Out. Cheers y’all! 🥃 🦃 #rarebird101
Get 60% off your eBook purchase of 'American Spirit: Wild Turkey Bourbon from Ripy to Russell' with the code BLACKFRIDAY. For only $3.99, learn the history of this iconic brand and explore its legendary whiskey expressions. Thanks for your support! See #linkinbio -> “Wild Turkey eBook.” 🥃 🦃 #rarebird101
Can’t forget the Turkey Juice! 🥃 🦃 #rarebird101
Who spiked the cherry punch?! 😉 #HappyThanksgiving 🥃 🦃 #rarebird101