There are no less than three things that make Russell’s Reserve Single Barrel Bourbon stand out from other Wild Turkey straight bourbon expressions: 1. It’s bottled at 110 proof; 2. It’s non-chill filtered; 3. It’s available as private selections for retailers and distributors. Russell’s Reserve Single Barrel Rye shares all three of these traits, though a completely different whiskey with limited availability (at least, presently). Wild Turkey Kentucky Spirit can also be found as private barrel offerings but lacks the other two traits and is also somewhat limited in availability (likely out of demand more than supply).

While I’ve always found Russell’s Reserve Single Barrel to have near rock-solid consistency in quality, I was curious to compare different privately selected single barrels side by side to test the consistency of the overall profile. So, without further ado, the tasting …

Please note tastings were done in four separate phases – color, nose, taste, and finish. Each of the whiskeys went through comparison by phase chronologically. My notes, however, are presented in sequence of whiskey, not phase.

Color: copper red (lightest in color of the three sampled)

Color: copper red (deepest in color of the three sampled)

Overall: Wow! Davidson’s really picked a killer barrel with this one. Perhaps it was because this was near the inaugural year of Russell’s Reserve Single Barrel and Wild Turkey really wanted to show it off, or maybe Davidson’s just had some talented folks picking barrels. Regardless, it’s probably the best Russell’s Reserve private selection I’ve personally tasted. It shines in all the core bourbon notes and displays some unique ones as well. Hell, it even has a slight dusty Wild Turkey nose that could easily fool an experienced enthusiast in a blind tasting. 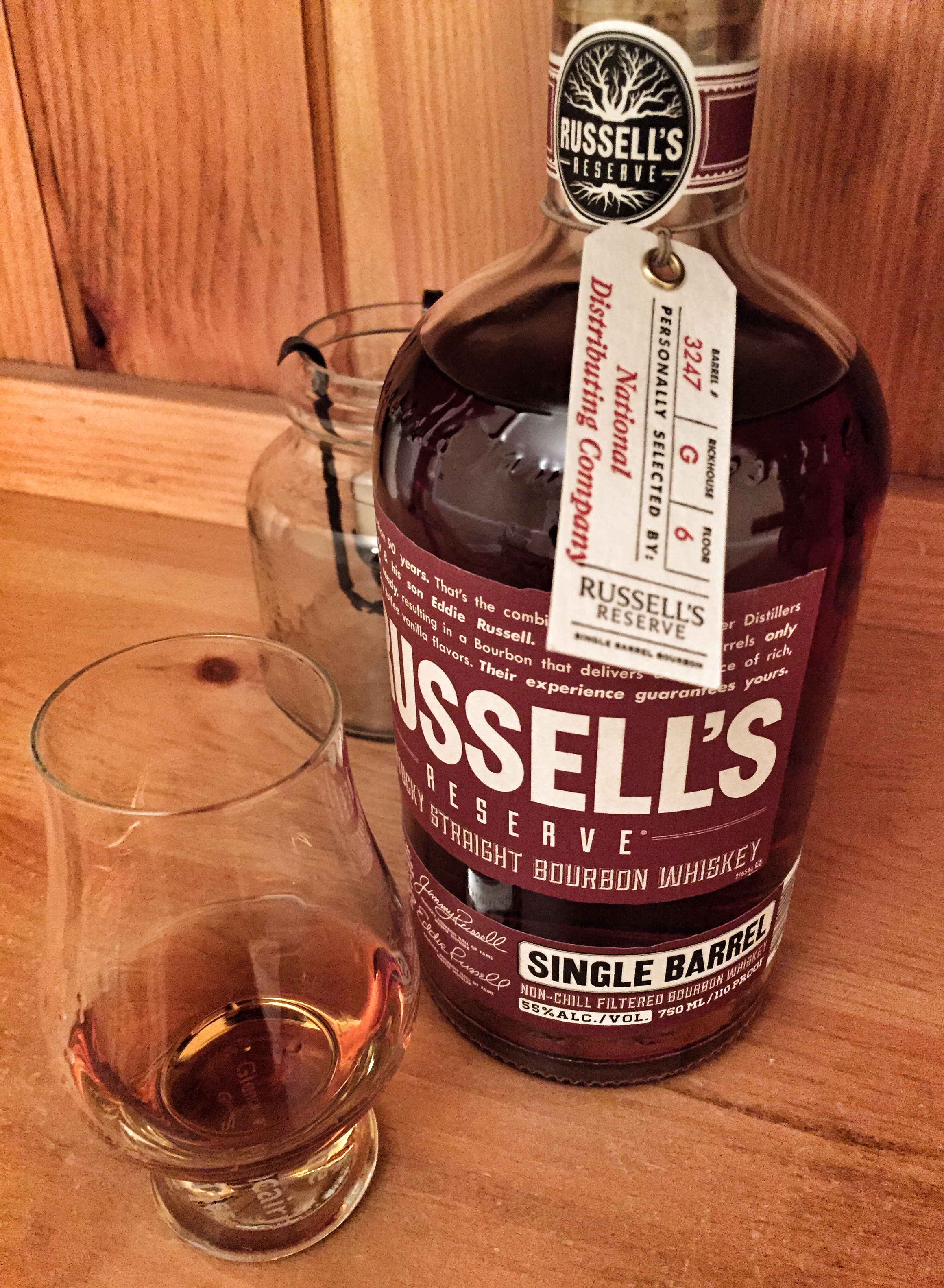 Overall: So much promise on the nose, but in the end the spicy fruit and cherry cola dominate like a Four Roses OBSO and Cherry Coke cocktail. Not that it’s a bad Russell’s Reserve private selection. Far from it. It’s just a touch out of balance and lacks the finesse and subtleties of the Davidson’s selection. It’s an enjoyable and unique pour and I have no regrets purchasing it.

In closing, I had a great time comparing these three bourbons – much more so than my NAS Wild Turkey 101 tasting (which was somewhat exhausting discerning minor variances). In contrast, the differences between single barrels in the same product line can be quite astounding. If sipped on separate occasions one might barely notice (if at all), but when compared side by side the individual qualities really jump out. I encourage everyone to try a few Russell’s Reserve Single Barrel selections in one sitting. Examine every aspect (as even color can vary by notable shades). You may just find a special whiskey that checks all of your desired profile boxes. Cheers!