One of my favorite things about the whiskey hobby is the network of friends and associates you develop throughout your journey.  In fact, had it not been for such a network Wild Turkey 101 may have simply remained a favorite everyday bourbon of mine.  Fortunately, there was an enthusiast out there that thought I might just like to try some 1981 Wild Turkey 101.  I’m very thankful he did, because the rest, as they say, is history.

There’s many ways to network as a whiskey enthusiast, but perhaps one of the most rewarding is to join a whiskey club.  If you don’t have a local or regional whiskey club, associate yourself with individuals that are members of clubs elsewhere.  You might just end up with something special as a result, as these groups often participate in special tastings and private barrel selects. 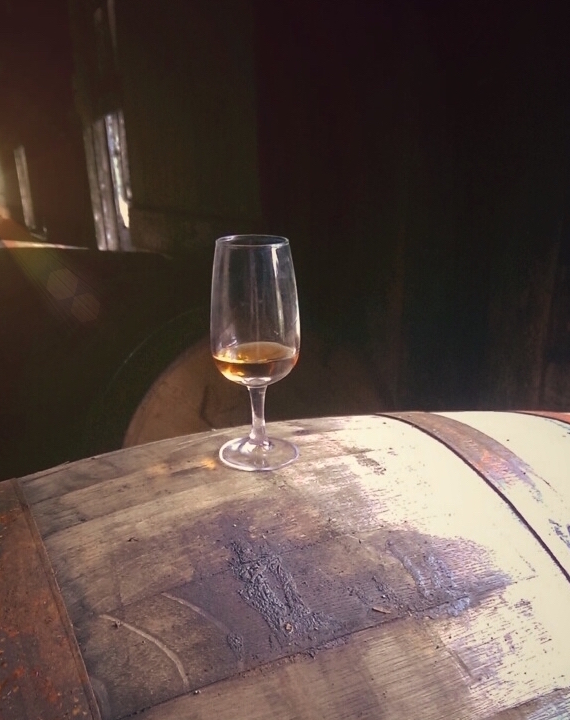 And that brings me to the purpose of this review.  Thanks to a fellow enthusiast and member of the Annapolis Whiskey Society of Maryland, I had the privilege of acquiring a bottle from their most recent Russell’s Reserve Single Barrel private select.  While not present for the actual selection at Wild Turkey in Lawrenceburg, I had a somewhat “virtual” experience via pictures and texts.  I also had the benefit of some useful information from their on-site Q&A with Eddie Russell.  I honestly can’t say thank you enough, Chris.

So, before I dive into my tasting notes I should stress that this review is the combination of several tastings over the past three weeks.  Being such a newly-filled bottle, as well as having opened it literally the day it was received, this one certainly needed time to breathe.  This is not uncommon with higher proof bourbons, even more so for those that haven’t sat on shelves for years and years.  So with that in mind and nearing a month now past, I proudly present to you my thoughts on the AWS “First Bird Spring 2017” Russell’s Reserve Single Barrel Bourbon.

Overall:  If I were to describe this Russell’s Reserve Single Barrel Bourbon as spicy, it would just be scratching the surface.  This folks, is a spice bomb.  In fact, it’s so laden with spice that you could likely spend an hour nosing this bourbon and continue to pull out notes.  On my first pour, I jestingly contemplated the possibility that I was being “punked” with RRSiB rye instead of bourbon.  However, If you allow the bottle sufficient rest time (about two weeks from opening with occasional pours), the more typical core bourbon notes move forward and a very nice balance is established.

Another suggestion for bringing this whiskey’s core bourbon notes forward, should it suit your flavor preference, is to add a few drops of water to your glass.  I’ve found that diluting this Russell’s Reserve SiB down to about 107 proof offers interesting juxtaposition between complexity and balance.  In essence, the intense baking spice decreases, but in exchange the sweeter wood notes increase.  And by only adding a few drops of water, the finish maintains its warmth, length, and flavor.  Again, this step is purely relative to one’s preferences and not at all required to enjoy this AWS private select.

In closing, if you’re looking for a uniquely spicy and flavorful Wild Turkey KSBW, look no further than Annapolis Whiskey Society’s “First Bird Spring 2017” Russell’s Reserve Single Barrel.  And while a bourbon it may be, I’d wager this as an ideal whiskey for the Kentucky straight rye fan as well.  In fact, I could easily see this one being pegged as a straight rye in a blind tasting (an excellent straight rye at that).  All in all, I was quite surprised by this private selection.  Most RRSiB selects I’ve had showcase more of the classic or modern Wild Turkey profiles, sometimes even super fruity or notably woody profiles, but this is without doubt a special spice bomb.  And being a fan of variety, this bottle makes a welcome addition to my Wild Turkey rotation.