One of my favorite things about Wild Turkey bourbon is its diversity in profiles (so much variety coming from a single decades-old recipe).  While I’ve divided these flavor variances into three relative profile eras (see chart for details), it’s far from perfect and merely scratches the surface of what someone might experience sipping Wild Turkey KSBW.  Regardless of profile, there’s one undeniable truth: You can find quality in WT expressions across all eras, but there’s something uniquely special about WT 101 from the early 1980’s to the early 1990’s.

Call it what you will – old, dusty, funky, OBE, etc. – these are words often used when describing bygone bourbons.  As for 1980’s Wild Turkey – if “funk” is the ideal descriptor, then dusty Turkey hits you with it like Bootsy & The J.B.’s.  But what makes that so?  Why is the flavor profile of 80’s Wild Turkey so much different than today’s?  There’s no definitive answer, but there are plenty of sound theories.

If you’re looking to research the distinctive taste of whiskey from old bottles, a good primer (arguably the best primer) is “Old Bottle Bourbon Flavor” by author and bourbon historian Michael Veach.  Veach’s article covers more ground than hours of Google searching would ever get you, and reliably so.  As for 1980’s Wild Turkey, some of Veach’s factors are certainly applicable (such as lower entry-proof), though I believe the most influential factor to be mature whiskey (significantly older than the age stated). 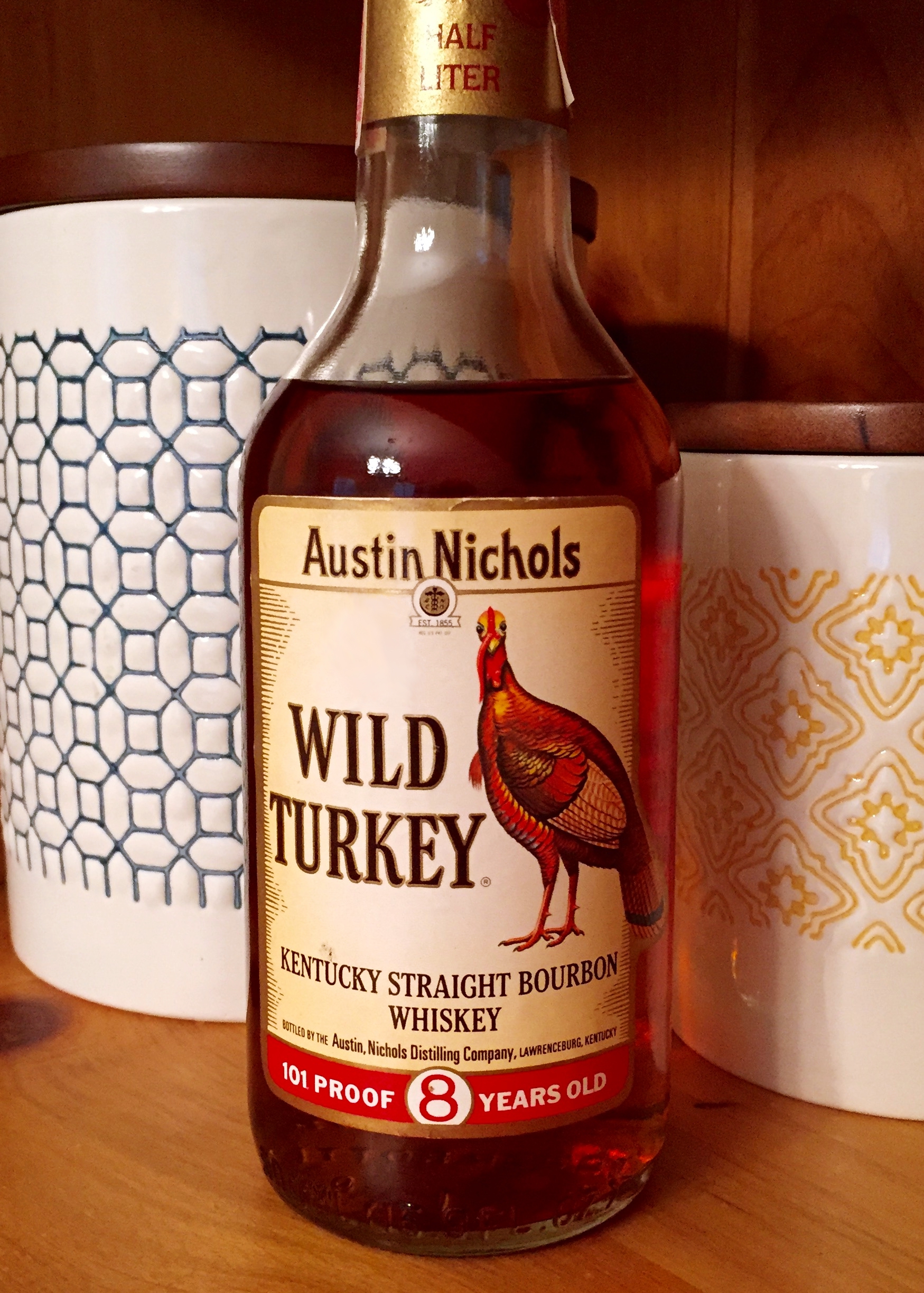 Depending on your level of interest in the hobby, you may or may not have heard of “glut whiskey.”  For those unfamiliar, it’s a reference to the “glut era” of bourbon, a series of years when demand for bourbon reached an all-time low (abt 1979-1991 for Wild Turkey).  With thousands of barrels aging at/beyond their prime, literally evaporating away, numerous choice barrels of notable maturity ended up in everyday standard bottles of WT 101 8-year.  The Russell’s have confirmed this on more than one occasion, most recently in a March 2017 Reddit AMA.

And so today I’m lucky to be enjoying one such “glut era” KSBW – a 1983 Wild Turkey 101 8-year.  I can’t say thank you enough to an amazingly generous whiskey enthusiast for making it possible.  With a 1981 WT 101/8 as my personal favorite Wild Turkey expression (to date), I’m hoping this ‘83 will at least come close in profile.  No need wasting any more time – let’s pour!

Overall:  Every time I sip glut era Wild Turkey I’m quickly reminded of its uncanny ability to pause my thoughts. This 1983 WT 101 8-year is no different.  There’s so much going on here – a complexity of another level from another time – yet it never overwhelms nor confuses.  While one could very easily nose this whiskey all day, by the time you’ve moved to tasting a comforting balance settles in.  This, in my humble opinion, is the essence of fine Kentucky straight bourbon.

For the record, you can find complexity and balance in current Wild Turkey expressions, such as Russell’s Reserve Single Barrel and Master’s Keep Decades.  You just won’t find the same old-school Turkey funk that saturates these 1980’s 101 8-year bottles.  As for this ‘83 WT 101/8, it’s very close to ‘81 101/8 but with less pronounced herbal and floral spice.  I’d place it somewhere between the ‘81 and ‘87 in profile, which just so happens to be dead-center chronologically (likely coincidence, as these early bottles vary in flavor).  It’s an amazing whiskey and no less than a stellar example of what dusty Wild Turkey is all about.  If you ever have the opportunity to experience it, do not pass it up!