I’ll have to admit, I’ve yet to find a disappointing Donut.  From sample pours to full bottles, Kentucky Legend has always been a spectacular whiskey.  Sure, it’s a single-barrel expression (so there’s always variance) but no cause for concern.  Based on my experience, I’m confident Jimmy Russell was hands-on with this release and as such made certain that any barrel filling a Donut bottle represented the absolute best of Austin, Nichols Distilling Co. (now operating as Wild Turkey Distilling Co.).  In fact, Bruce Russell informed me that Jimmy “babied” the barrels that went into Kentucky Legend bottles – some aged as long as 15 years. 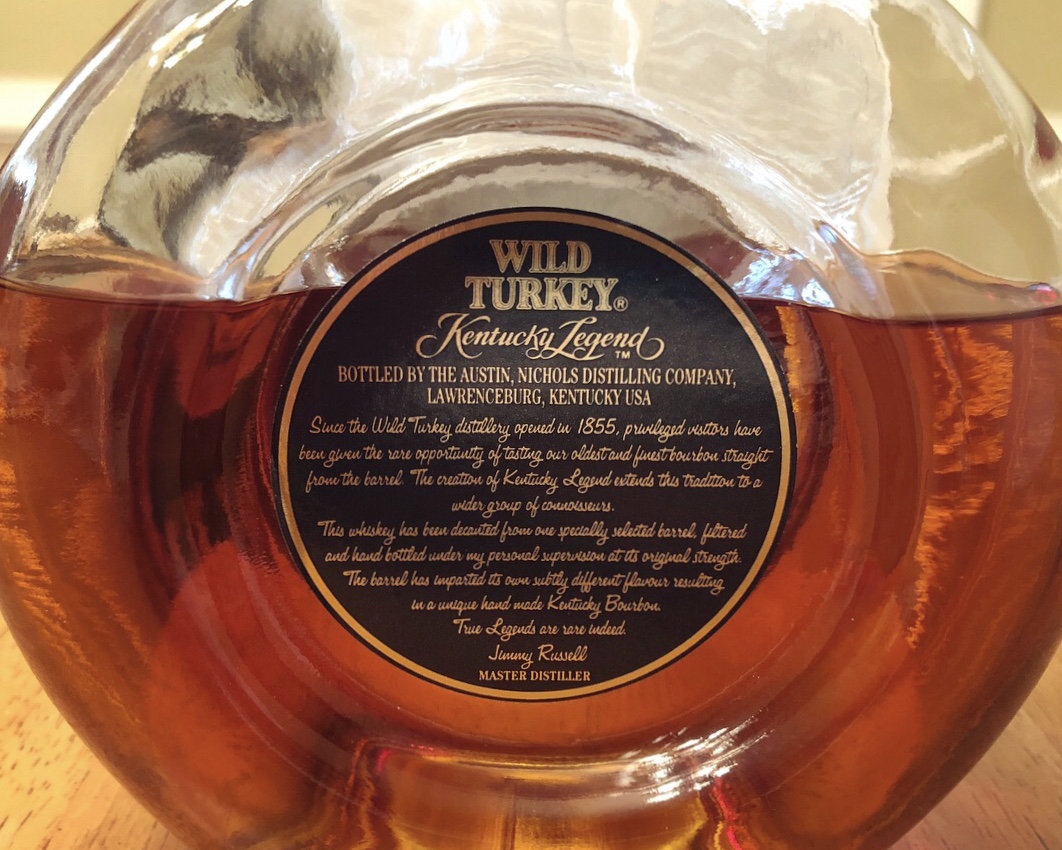 For those unfamiliar with my blog, I’ve reviewed Kentucky Legend twice in the past – both occasions with stellar results.  I’ve also had the pleasure of reviewing four Jewish Whisky Company Wild Turkey private barrels.  While not official Wild Turkey single-barrel releases, they’re every bit Wild Turkey distilled and matured – bottled NCF, at full barrel strength.  Certainly not the same profile as late-90’s Donut bottles, but arguably just as special and undeniably excellent in their own unique ways.

So, I guess now’s as good a time as ever to announce some fantastic news.  First off, Joshua and Jason of the Jewish Whisky Co. were recently spotted at Wild Turkey Distillery.  No details on barrels or dates just yet, but if new releases are coming the opportunity to purchase will be via lottery this time around.  So if you’re not a JWC Single Cask Nation member already, I’d consider signing up soon.  Second, thanks to a special Patreon Q&A with Brand Ambassador Bruce Russell, Rare Bird 101 patrons learned weeks ago that barrel-proof, single-barrel Wild Turkey releases are right around the corner.  No official word on whether the expression will be under the Wild Turkey or Russell’s Reserve brand, but it honestly doesn’t matter to me.  As much as I’d love to see a Donut style bottle again, I’d happily accept a standard Russell’s Reserve Single Barrel bottle filled with full-proof KSBW.

And regarding Donut, I have a review to complete.  Before moving forward, I want to send a very special thank you out to the Turkey fan that made this review possible.  Over the last couple years I’ve had the pleasure of meeting some amazing folks – some of which made this blog possible.  You know who you are and if you’re reading this, you have my most sincere gratitude.  And with that said, I think it’s time to pour what Jimmy calls “our oldest and finest bourbon straight from the barrel,” Wild Turkey Kentucky Legend.

Overall:  I think it’s an appropriate time to repeat my opening sentence – it’s incredibly hard to top uncut single-barrel Wild Turkey KSBW.  Everything one could want in a barrel-proof bourbon whiskey is here: maturity, complexity, and near-perfect balance.  It all comes together nicely with a harmonious dusty/classic synergy rarely found in other Wild Turkey expressions.

Speaking of which, I’d like to stress that Kentucky Legend isn’t always “full-dusty” in profile as one might expect.  Yes, there’s a fair share of signature dusty Turkey notes in this particular barrel, but it’s far from the funky beasts you often find from the 80’s and early 90’s.  Dare I say it’s reminiscent of some of the finest Russell’s Reserve Single Barrel selections I’ve experienced?  Imagine somewhere in between – the best of both worlds, as Sammy Hagar might say.

All said and done, I’m thrilled with this Donut bottle and sincerely wish I had another in the cabinet.  Is it the best Kentucky Legend I’ve ever had?  Not exactly, but we’re splitting hairs at this level.  Everyone has their personal preferences, so while this particular bottle may not be my favorite Donut, it could easily be another’s.  And that’s the beauty of an uncut single-barrel bourbon expression.  If only there were more from Wild Turkey out there.  For now we’ll just have to take comfort in knowing that Campari has plans to make barrel-proof, single-barrel Wild Turkey KSBW a reality again.  Until that day, sip your Donuts slowly, join Single Cask Nation, and keep your fingers crossed!  Cheers!