Now that I think about it, there’s a lot going on behind the last two Russell’s Reserve 10-year labels (dates depending) that warrant such a comparison.  With barrel-entry proof changes in both 2004 (107 to 110 proof) and 2006 (110 to 115 proof), as well as unique rickhouses like Stone Castle in use throughout the 2000’s, Russell’s Reserve 10 bottles dated prior to 2014 and after 2016 should display profile differences in a side-by-side comparison.  At least you’d think it very likely.

Well, it just so happens that I recently lucked into a 2011 “craft strip” label Russell’s Reserve 10-year (thanks for the heads-up, Bryant).  It didn’t take me long to realize its purpose.  Sure, I could’ve opened it and casually sipped it away on nights that called for an easy pour, but this bottle was destined for a higher calling … Turkey Science!

Yes, I think it’s only appropriate that I compare this 2011 Russell’s Reserve 10-year with a recent label.  The 2017 bottle I have in my cabinet should work perfectly. As mentioned earlier, these releases were barreled at different entry proofs (107 versus 115).  It’s also important to note that they were bottled at different facilities.  The 2011 was bottled in Fort Smith, AR, while the 2017 was bottled at Wild Turkey in Lawrenceburg, KY.  I doubt that bottling facilities account for significant profile differences (if any at all), but the travel specifics (distance, time, temperature, etc.) make it a factor worth noting in regard to the 2011 bottle.

So without further delay or discourse, let’s pour each of these Russell’s Reserve 10’s and see if there’s any notable differences between the two.  Having enjoyed these previously outside of a side-by-side environment, my guess is they’ll be pretty close in profile; however, true comparisons are often revealing.  It wouldn’t surprise me at all if one jumped out as unique or choice over the other.  We shall see!

Overall:  No real surprises here.  This 2011 Russell’s Reserve 10-year is an enjoyable, easy sipper – very similar to other Russell’s Reserve 10’s I’ve had over the last few years.  While distilled in 2001, it doesn’t taste near as close to a classic Wild Turkey profile as one might expect.  There’s light complexity in its oak notes – definitely some maturity present if you zero in on it – but overall, it sips rather simple for its stated age.  Not that simple is bad.  It’s just more of an ideal bourbon when you’re wanting a pour that’s not overly complex, yet maintains balanced Wild Turkey character. 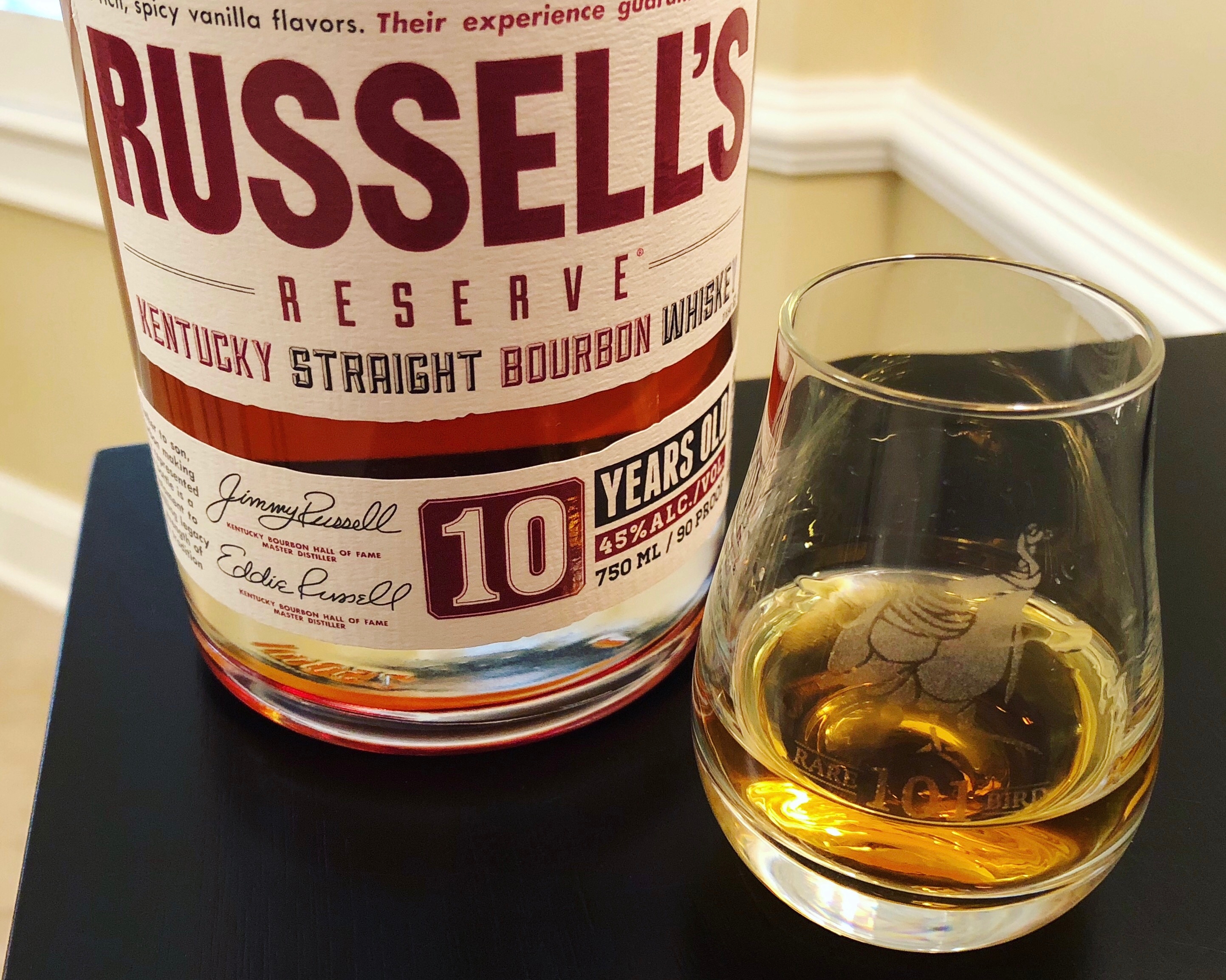 Overall:  Second verse, same as the first – no alarms, no surprises.  Like the 2011 Russell’s Reserve 10-year, this 2017 bottle is an easy-sipping, notably balanced KSBW that’s unmistakably Wild Turkey.  That said, there’s one minor difference between the two – the 2017 is predominantly modern in profile.  There’s no sweet mustiness, no distinctive herbal/floral spice to give things a classic touch.  What you do find, however, is a solid everyday pour that nails core bourbon notes like vanilla, caramel, oak, and light baking spice.  It’s not going to puzzle your senses with thought-provoking complexity, though it checks nearly every “good bourbon” box I can think of.

In closing:  While these two Russell’s Reserve 10-year releases have some differences, they’re minor ones.  For whiskeys distilled roughly six years apart (with very different barrel-entry proofs), they surprisingly have more in common than they do in opposition.  Each share primary profile notes with similar characteristics in taste and finish.  They’re not exactly the same, but if sipped separately on different occasions it would be difficult for most enthusiasts to correctly identify the two.

All things considered, I don’t see a need to chase the craft strip label over the current Russell’s Reserve 10-year label.  Both are quality mid-price-tier whiskeys that offer an easy-sipping bourbon experience.  In fact, I highly recommend Russell’s Reserve 10 for anyone looking to try Wild Turkey neat for the first time.  Sure, there’s Longbranch to consider, but Longbranch is higher in price and not as easily found.  Russell’s Reserve 10 on the other hand, is practically everywhere.  It’s also priced reasonably for its specs.

Which leads me to my final thought.  How often do you find a non-sourced, pedigreed, 10-year Kentucky straight bourbon whiskey for under $35 stocked year-round?  There’s a handful out there, but definitely not many. In a time when other mid-proof, non-age-stated “hype bourbons” are chased and hoarded, it’s comforting to know that on any given day one can walk into an average liquor store and walk out with Russell’s Reserve 10-year in hand.

Wild Turkey promotes, “It’ll find you.”  I think it’s more like, “It’s waiting for you.”